My step father was the King of Quick Wit & Sultan of Smart Assery.
This helped me develop a thick skin in life (along with some deep seeded insecurities) and a healthy appreciation for mean and dark humor. However, unless I’ve been drinking, I’m actually not that good at it. No matter how deep my wounds, or the bitterness left behind, I have a generally sweet demeanor.

I prefer confrontation to witty passive aggression, and if I can come up with a snarky comment I will usually say it right to your face, because hey - these moments are few and far between.

I usually don’t think of a good retort until days later, replaying the convo in my head while stuck in traffic. “Damn, I should have said THIS.” is how that scenario often plays out.

I say all that to say this,
DON’T SNARK PEOPLE’S RESOLUTIONS.

I'll admit, I am a fan of the "Petty Party" as much as the next person. Such memes are usually the only reason I scroll through social media, for that moment of mean guilty pleasure.

But let's face it, last year was a TOUGH one.

Who knows, maybe it was Mercury in Retrograde.
Although, Mercury seems to be in "retrograde" as often as a menstrual cycle. Perhaps we should just start saying "The Universe has PMS".

Maybe it was the collective sociological upheaval to one of the most politically charged periods in recent history.

MAYBE it is mere coincidence that ALMOST everyone had a MAJOR deconstruction to the fabric of their lives; a proverbial pulled string unraveling the sweater.

So ... let people knit.
Let us all sew ourselves back together into a patchwork-quilt of hopes & aspirations.

In times such as these, HOPE is so often all people have left.
Perhaps the idea of a FRESH START is the only thing pulling them through the winter of this discontent. 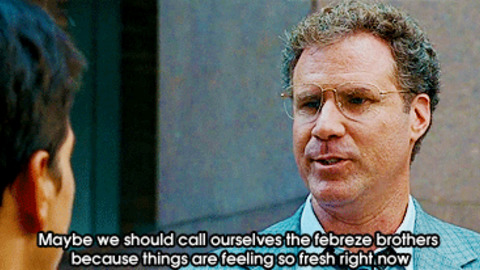 If people want to lean on the beginning of a new year to help them with goal setting, so be it.

Yes, yes - we know, if people were REALLY bossin' up they would have BEEN doing what needed to be done all along (and I am sure posting it to the gram for proof and validation to boot).
But do you have to be the Chairman of the Board for the Shitty Committee?
If the urge is that great, you may wanna make it YOUR resolution to examine that.

We KNOW people often fall short of their goals by the end of first quarter, and we KNOW you are irritated that your 90 minute daily gym sesh is beleaguered with "Resolutioners".

But I beseech you ... have compassion.

Instead of snark, smile and recall your own first steps on the journey of a thousand miles. Hell, if your shit is so "together" ... maybe even offer to help.

Happy New Year to All!

Now go and post those GOALS for the coming year without shame or judgement, because I LOVE seeing all you aspire to!