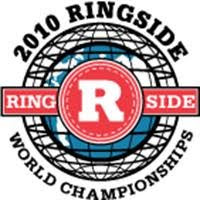 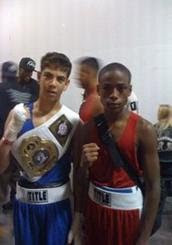 Coveted as the largest boxing tournament, second only to the Olympics, The 2010 Ringside World Championship Tournament took place August 3rd – August 7th in Kansas City Missouri. Fighters from across the globe came to compete, including Switzerland and Canada.

Nino Delgado swept the entire tournament in his weight class and won the title of Ringside Jr. Fly Weight World Champion. Delgado has previous placed as the Jr. Golden Gloves Regional Bantom Weight Champion, as well. He arrived in Kansas City, MO with only 4 fights under his belt.

Kerns, on the other hand, hadn’t seen a single tournament. With only his training from Carey & Choi, and the heart to win, he took home the 2nd place metal for Bantom Weight Class.